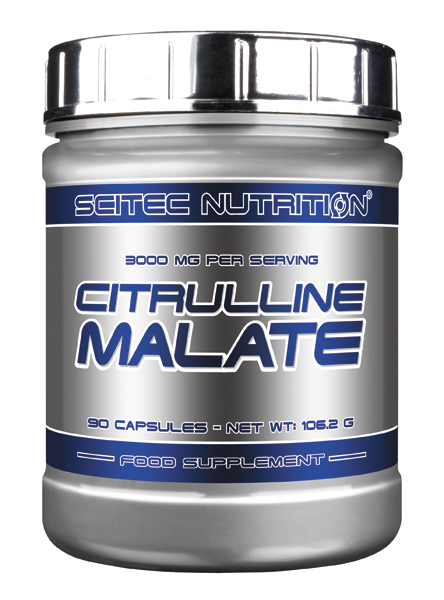 Used and proven effective for over 20 years in Europe as a treatment for fatigue, muscular weakness and dementia (dementia is a mental disorder that affects your ability to think, speak and move), Citrulline Malate (CM) has made its way into the western world in the arena of athletic performance nutrition.

This unique combination of the non essential amino acid Citrullline and the organic salt Malate offers athletes with a new choice in improving performance and recovery. As an intermediate in the Urea Cycle, Citrulline aids in the removal of endotoxins such as lactic acid and ammonia. These endotoxins are produced through intense physical activity, protein metabolism, and catabolic states. Endotoxins damage living cells and can seriously impair athletic performance.

Research also suggests Citrulline as possibly a greater alternative to Arginine for enhancing plasma arginine levels because of Citrulline’s effects on endogenous Arginine synthesis. Citrulline is a natural by-product of the body's conversion of the amino acid arginine into nitric oxide (NO). Excess citrulline, increases the amount of arginine in the blood, leading to increased NO production. More NO, means increased blood flow to muscles during exercise, which allows them to last longer under physical stress. This means that Citrulline Malate may be a superior alternative to Arginine for regulating Nitric Oxide production, growth hormone release, insulin and creatine production.

Athletes using Citrulline Malate will have more energy to train better and harder and will recover faster from their training sessions.

Citrulline Malate is best taken on an empty stomach, once in the morning, once 60 minutes before a workout and once before bed.